Opening Plenary Program and Keynote | Innovation is a State of Mind

Ron Klemencic is a recognized innovator and leader being named a three-time Newsmaker by Engineering News Record Magazine, including ENR’s Award of Excellence for his evangelism in research and development. In his presentation, Ron will explore how to identify opportunities for innovation and the ingredients which lead to success. While innovation is perhaps daunting to some, the formula is quite simple, and everyone has the opportunity each day to contribute to advancing the profession.

Graduating from Purdue University with a BSCE in 1985, and UC Berkeley with an MSSE in 1986, Ron is now Chairman and CEO of Magnusson Klemencic Associates, an internationally acclaimed structural and civil engineering practice. In addition, Ron served as Chairman of the Council on Tall Buildings and Urban Habitat for five years and currently serves on the Board of Directors of the Charles Pankow Foundation, the most influential research funding organization supporting building construction in the United States. His presentation is intended to inspire, motivate, and cause all who attend to look at the world a bit differently. 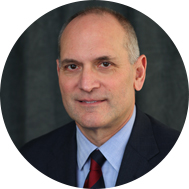 Ron Klemencic, P.E., S.E., Dist. Member ASCE, Fellow SEI, NAC, NAE, Hon. AIA, is Chairman and CEO of Magnusson Klemencic Associates (MKA).  Ron has designed projects in 29 states and 25 countries, with some as large as 11.5 million square feet and as tall as 112 stories, including the 1,070-foot-tall Salesforce Tower in San Francisco; the 1,200-foot-tall St. Regis, 150 North Riverside, and Aqua towers in Chicago; and Rainier Square in Seattle.

Through his roles as a Director of the Charles Pankow Foundation and the MKA Foundation, in addition to his daily work as a practicing structural engineer, Ron continues to lead the research and development of many new technologies and systems that further the engineering profession.  He has championed numerous innovations throughout his career—from implementing Performance-Based Seismic Design for high-rise buildings beginning in the mid-1990s to the development and successful application of the first-of-its-kind, non-proprietary SpeedCore structural system starting in the early-2000s, to recent advancements in Performance-Based Wind Design and Performance-Based Structural Fire Design.

Engineering News-Record (ENR) included Ron on its annual list of Top 25 Newsmakers in 2017, 2008, and 2005, and he received ENR’s Award of Excellence in 2018.  He was named an AEC Industry Innovator and Disruptor in 2019 by Building Design+Construction magazine and Structural Engineer of the Year in 2008 by the Structural Design of Tall and Special Buildings journal.

Louisiana is among the most at-risk places in the United States when it comes to the impacts of sea level rise and hurricane storm surge. Fortunately, it is also making enormous progress to protect and restore its coastal communities and ecosystems from these threats. This presentation will offer a description of the cutting-edge modeling and projections of current and future risk the State of Louisiana relied on to build the soon-to-be-updated 2023 Coastal Master Plan, and an overview of the Greater New Orleans Hurricane and Storm Damage Risk Reduction System and other major structures being implemented to reduce risk and restore the environment in coastal Louisiana. 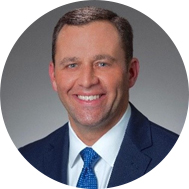 Chip Kline is the Chairman of the Louisiana Coastal Protection and Restoration Authority (CPRA) Board and the Director of Coastal Activities for the State of Louisiana. Kline oversees all aspects of Louisiana’s coastal program and manages the day-to-day operations of the Governor’s Office of Coastal Activities. In this position, he is responsible for integrating the functions of all state agencies as they relate to coastal protection and has been integral in advancing the objectives of the State’s Coastal Master Plan in Louisiana and Washington, D.C.

He works closely alongside Louisiana’s Congressional delegation and the Louisiana Legislature to advance policies and legislation for Louisiana’s coast. Kline has successfully negotiated policy initiatives related to permits for hurricane protection and coastal restoration projects, through three presidential administrations.

Kline serves as Chair of Governor John Bel Edwards’ Climate Initiatives Task Force and represents the governor on the Louisiana State Mineral & Energy Board and the Gulf Coast Ecosystem Restoration Council. He is married to Emily May Kline, father to Sydney and Henry, and is an active member of Our Lady of Mercy Catholic Church.

Mission-critical facilities for groundbreaking research and development is required to deliver therapies to patients. The pandemic has highlighted the growing need for innovative research infrastructure but the facilities that support them are not keeping up with the pace of science. In this discussion, we will discuss the radical innovation and advances that are driving the demand for complex lab spaces, the flexible infrastructure of modern buildings, and how structural engineers should think about building these types of facilities. 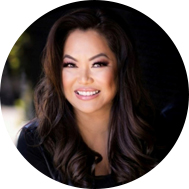 Susie Harborth is Executive Vice President, Business Operations at Breakthrough Properties, a Tishman Speyer and Bellco Capital JV, where she oversees the firm’s global operations platform, marketing/branding, and innovation strategy. She has nearly 20 years of strategy and operations (CFO/COO) experience, having launched several successful life science ventures, taking them from inception to acquisition.

Susie is the founding CFO and Senior Advisor to Mission BioCapital (MBC), an early-stage life science venture capital firm, and was a co-founder and interim COO of BioLabs, an affiliate of coworking lab spaces and services for startups. She has advised leading and emerging biotech ecosystems in the US, Europe, and the Asia-Pacific regions, and works with companies on space planning and growth strategies. She holds a masters in biology from Harvard University, with graduate research conducted at Massachusetts General Hospital; and a bachelor's in business administration from CSU, Long Beach.

Not a member of ASCE/SEI? Join today and save on your Conference registration. Join ASCE/SEI online or call 1-800-548-2723 to request an application and/or register for the Conference as well as receive more information on member benefits.

Note: You must be a member in good standing to qualify for member rates.